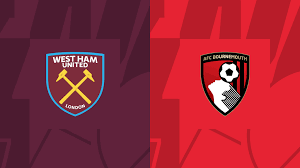 West Ham team news
West Ham pair Maxwel Cornet and Craig Dawson have an outside chance of featuring on Monday.

Cornet is training after a calf problem and Dawson is hoping to recover in time from a dead leg. The game is likely to come too soon for Lucas Paqueta.

David Brooks’ eagerly-awaited return is a few weeks away as he recovers from a hamstring injury.

What NEXT for Cristiano Ronaldo & Manchester United? 🤔

The view from Manchester United fans on Cristiano Ronaldos departure