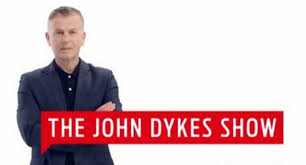 The John Dykes Show: Season 4 Episode 107 – ‘Hollywood Endings’
Hollywood loves a dramatic ending and so too did English football this weekend. Whether the audience was live or watching on TV, two moments of late drama had fans out of their seats, with Liverpool goalie Alisson delivering an almost miraculous ending at the Hawthorns and former Fox Ben Chilwell finding himself on the receiving end of a VAR review at Wembley. Tonight, we’ll dig beneath the drama on our Monday night blockbuster.

footballorgin
We scored four goals in a single game for the second time this week, as we stepped up our pre-season preparations with a win over Pr...