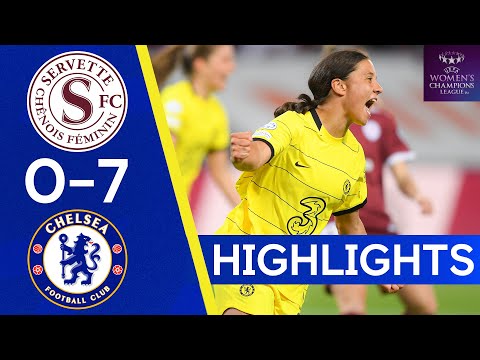 Chelsea made it back-to-back victories in the Women’s Champions League, courtesy of a thumping win over Servette in Geneva.