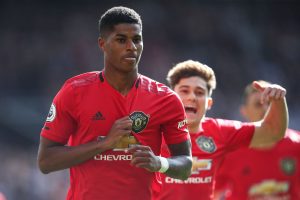 Liverpool fans do not like to say it out loud – as if it would somehow tempt fate – but the title race for the Premier League looks done and dusted. After Man City’s defeat at Wolves, the bookies ‘pulled the trigger’ on Liverpool, with some bookies now citing just 1/25 that The Reds go on to win their first Premier League title. Even if Leicester or Manchester City go on to win every remaining game this season, it will still not be enough. It’s over.

So, unless you are lumping huge amounts on Liverpool, or see an unlikely capitulation from Klopp’s men, there isn’t much value in the title race. And yet, there are plenty of intriguing battles in the Premier League this season where we can find some smart bets and generous odds. Here are our picks for the rest of the season:

The choppy form of all the teams below Liverpool, Leicester and City looks set to ensure that there is an exciting race for the Champions League spots. Indeed, nobody seems willing to go on an extended run at the moment, and one could make a case for anyone from Chelsea, Wolves, Manchester United, Tottenham and, perhaps, Sheffield United capturing the final spot. Where does the smart money go? It’s hard to say, but you would need rocks in your head to back the wildly inconsistent Chelsea at odds-on or the naïve Manchester United at 5/2. Wolves, priced at 7/1 with 888sport, looks like one of the smartest football bets this season.  Whereas others have stuttered, they have grown better throughout the season, and perhaps a smart signing in January will be enough to see them over the line.

At the time of writing, Jamie Vardy has netted 17 times and leads the top scorer charts by five goals. That’s not insurmountable, however, so be wary of taking the 11/10 odds on the 33-year-old to finish at the top. Some interesting candidates are breathing down his neck, including Harry Kane (11 goals, 11/2), Marcus Rashford 12 goals, 11/1) and Raheem Sterling (11 goals, 8/1). Of that trio, it’s easy to make a case for Sterling or Kane. Both are accomplished goalscorers, and you could see either or both going on a streak in the second half of the season. Rashford is an intriguing one. Never prolific, he has finally become the main man at Old Trafford and is reaping the rewards. 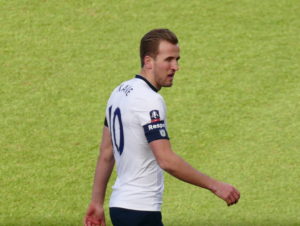 Like the race for the Top 4, relegation fears will haunt several teams. Norwich City, Aston Villa and Watford occupy the bottom three spots at the moment, but the likes of Southampton, West Ham, Bournemouth, Brighton and Burnley are all within touching distance of the drop zone. To be fair, Norwich look doomed and don’t have the quality to get themselves out of trouble. Villa’s form has been wretched of late too, although we could see them add enough quality in January to get things turned around. Burnley currently enjoy a five-point cushion on the relegation zone, but we could see them getting sucked into danger. Yes, it’s always fashionable to say Sean Dyche’s men are going down, and they always seem to do enough to survive. However, there have been some very concerning performances of late. 7/1 that they drop to the Championship looks a decent bet.

Are We Seeing the End of the Premier League Top Six?

The 5 Biggest Stadiums in World Soccer

Is Messi Leaving Barcelona this Summer?

Who should be the first TWO players in the Premier League Hall of Fame? | The Debate

footballorgin
Liam Rosenior and Mark Warburton discuss the news that the Premier League are launching a Hall of Fame, and debate which two players...

footballorgin
Jamie Vardy tells us how he made it from non-league to the Premier League. How close was he to becoming an Ibiza party rep? What is...