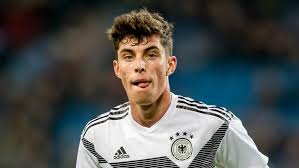 Kai Havertz joined Leverkusen in the summer of 2010 as a talented eleven-year-old. On this tenth anniversary, Bayer 04 have dedicated a 50-minute documentary to the Bundesliga player with 118 appearances under his belt that portrays his impressive development from a talented boy from Mariadorf to a top player highly rated at home and abroad.

Kai Havertz has spent nearly half his life at Leverkusen and already broken a lot of records at the club and in the Bundesliga at the age of 21. For two years, Havertz has also been an international, a hero amongst several generations of fans and, according to numerous pundits, he is one of the most fascinating players in the world of football with his outstanding playing style.

Viewers can watch exclusive video footage from the the early years such as Havertz’ first interview and his best goals for the Bayer 04 youth teams – through to previously unreleased material from his time as a first team player.
Havertz explains what it was like for him and his family when he moved away from home to fulfil his dream of playing professional football, how he reconciled his education and training and which hobby gives him the most peace of mind. His comment on the past ten years: “The time has flown by.”

footballorgin
Join us as we take an updated look at the Reds’ best goals scored at Stamford Bridge, from Firmino’s flying header, to J...

footballorgin
A look ahead to the headline fixture of the round. Featuring highlights of the most recent encounters between the two sides.