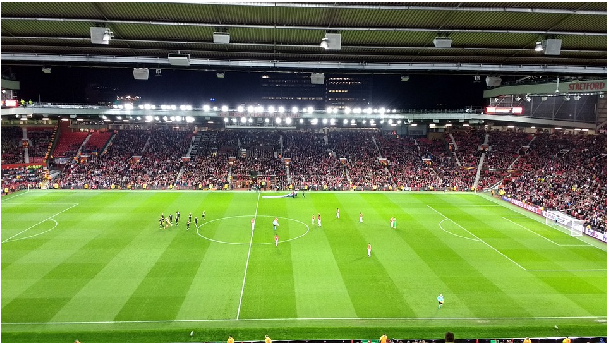 Barcelona and Ajax appear well on course to reach the final of the Champions League after recording victories in first leg of their respective semi-final ties.

Lionel Messi was inevitably the star of the show as Barca thumped Liverpool 3-0, weighing in with two second-half goals that included a stunning 35-yard free-kick.

Over at the Tottenham Hotspur Stadium, Donny van de Beek’s 15th-minute goal put Ajax firmly in the driving seat against Spurs ahead of the second leg in Amsterdam.

Read on as we review the state of play in both ties.

Liverpool played reasonably well during the first half on Wednesday, but they never looked like winning once Luis Suarez fired the home side ahead.

The second half was all about Messi, with the Argentine forward’s double putting the tie beyond the Reds’ reach in scintillating fashion.

His long-distance free-kick for his second and Barca’s third of the night was simply stunning, leaving Liverpool goalkeeper Alisson flapping at fresh air.

Mohamed Salah should have bagged what could have been a crucial away goal late in the second half, but the Egyptian forward fluffed his lines.

Messi has now scored 26 goals in 33 appearances against English clubs in the Champions League and it’s difficult to imagine him not being a major threat in the second leg at Anfield.

Barca are now odds on favourites with bet365 to win the Champions League and it would be a brave move to back against them doing just that.

Impressive Ajax on course for final

Ajax continue to impress in this season’s Champions League and they are well on course to reach the final for the first time since 1996.

Spurs struggled to overcome the absence of forwards Harry Kane and Son Heung-min, and Ajax were unlucky not to head into the second leg with a bigger lead.

The Dutch side came close to adding a second goal when David Neres struck the inside of the post with Hugo Lloris beaten and Spurs will find it difficult to bounce back in the tie.

Ajax’s progression to the semi-finals has been wonderful to watch, with victories in previous rounds against Real Madrid and Juventus drawing plenty of admiration from across Europe.

History is against Spurs making it through, with only one of the 17 previous teams to lose the first leg at home in a European Cup/Champions League semi-final reaching the final (Ajax in 1996).

Spurs will take heart from the fact that Ajax have failed to win their last three matches at home in the Champions League, but the Dutch side are strongly fancied to meet Barca in Madrid on June 1.

Liverpool fancied to win at Newcastle but title heartache awaits

Has Christian Eriksen been treated unfairly by Tottenham fans? | The Debate

5 Players Who Are Going To Own The Next Decade

footballorgin
Premier League Week 23 Stats Preview A look at the numbers ahead of week 23 in the Premier League and the big clash between Liverpoo...

footballorgin
Hear from Gedson Fernandes for the first time as the Portuguese international signed for Tottenham Hotspur on an 18-month loan with...