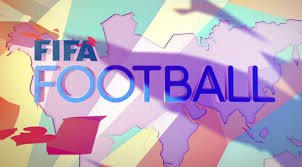 Electronic Arts’ highly awaited FIFA series is incredibly popular among gamers and football fans alike. The latest version of this game was released back in September 2018. It doesn’t matter whether you love Betway or not, we are sure you’ve tried it out. Yes, Betway can still be your favorite when it comes to betting online. After all, Betway does offer you the ability to bet on so many sports.

However, if you are looking to play football online, the EA Sports FIFA is always the first choice. This time, FIFA 19 has been received with some praise, while others don’t really find it all that different from FIFA 18.

What Does FIFA 19 Have to Offer?

For a game which is released on a yearly basis, it can be difficult to expect major updates every single year. Many fans still stand by EA, feeling that FIFA 19 has had a strong return despite having only minor upgrades this time around. However, for some people, there could have been better upgrades, which they are now hoping to see in the upcoming FIFA 20 game, which is predicted to be released this year.

FIFA 19 feels a lot smoother to play with plenty of details, as compared to the previous version. The movements are more nuanced and can be difficult to master at first, which adds a fun layer of challenge. Plus, there is more focus towards 50/50 battles, making the game seem a lot more realistic. FIFA 19 is full of different modes, meaning that there is a lot to do, which will keep you coming back for more.

There are several tips to play FIFA 19 so that you can have a better experience. First off, make sure that you customize individual strategies under Quick Tactics to get the best odds for every player.

Next, definitely give your young players game time in order to find hidden talent. You can loan them to another team or put them at the starting 11 position once in a while for increasing their experience.

Finally, go to vVisual in settings and put the names of the players above their heads. When the camera zooms out, it can be hard to see which player you’re controlling, so it’s better to put their names where you can see them easily.

Once you’ve mastered the game, all there’s left to do is to keep playing to increase your stats. Many people are already waiting for FIFA 20, which is expected to launch this September. It always launches on three main platforms, i.e., PS4, Xbox One, and on PC, and there are usually spin-off versions for mobile and Nintendo Switch. However, it is possible for the upcoming version to be released on the upcoming PS5 and Xbox Two.

There has been a lot of speculation about FIFA 20, since EA is great at keeping secrets and has not let any details slip out. One of things that many people would like to see is more dynamic weather, like sudden rain, in order to make the game feel more realistic.

A major change that fans really want is the Build-Your-Own-Team mode. The mode was there in earlier games, but EA has not brought it back for years, which is a disappointment to many people. However, nobody knows what’s next in store. You’ll just have to wait and find out.

Who Will Win PFA Player Of The Year? 1min

footballorgin
We take a look at the best goal saving tackles in the Premier League this season including last-ditch tackles from Virgil van Dijk,...