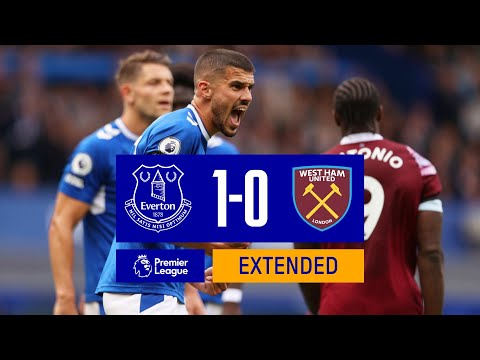 Neal Maupay netted his first goal in royal blue as Everton’s wait for a deserved first Premier League win of the season came to an end with a 1-0 victory over West Ham United at Goodison Park.

The French forward, signed from Brighton & Hove Albion in August, hit the winner eight minutes into the second half when he collected Alex Iwobi’s pass and cracked a fine finish past Lukasz Fabianski from the edge of the area.

It was no more than Frank Lampard’s Blues deserved after another packed with heart and commitment, as well as other chances to score from Demarai Gray and Iwobi.

The success means Everton head into the international break boasting a six-match unbeaten run, five in the Premier League, and with the joint second-best defensive record in the top-flight.

Welcome to the Official Everton Football Club YouTube channel. We’ll offer fans real insight into life at Goodison Park, Finch Farm and on the road with the Blues.