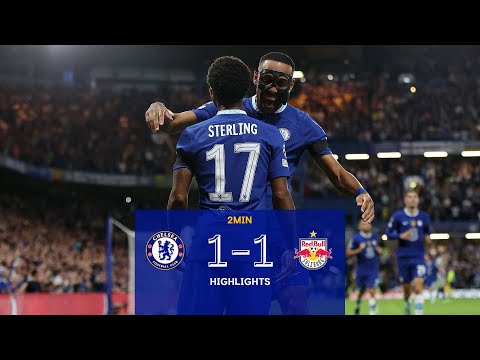 The Blues were held to a 1-1 draw against RB Salzburg in Graham Potter’s first match as Chelsea boss.

A second-half Raheem Sterling goal handed Chelsea the lead, before being pegged back by the visitors in this Matchday 2 tie in the UEFA Champions League.

Welcome to the official home of Chelsea Football Club on YouTube. It’s the only channel where you’ll get an authentic look at life at this great club. Every week we’ll be uploading fresh content from the training ground, our famous stadium and much, much more. Nowhere else will you get closer to world-class stars like Christian Pulisic, Kai Havertz, Hakim Ziyech, Mason Mount, N’Golo Kanté, Sam Kerr, Fran Kirby & Pernille Harder.