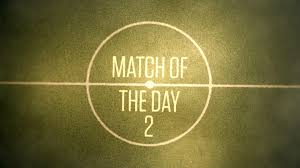 BBC Match of the Day 2 MOTD2
Mark Chapman presents highlights of the day’s three Premier League derbies, with Liverpool hosting Merseyside rivals Everton, Arsenal taking on Tottenham and another all-London clash between Chelsea and Fulham. Everton have not won away to rivals Liverpool since 1999 so are hoping for a change of fortune under new boss Marco Silva, who took charge this summer. There is also a debutant in the dugout at the north London derby, with Arsenal head coach Unai Emery hoping for a winning start against Tottenham. And at Stamford Bridge, west London pride is at stake as Chelsea take on newly promoted Fulham. There is also a chance to see all the goals and major incidents from the rest of the weekend’s games.

footballorgin
We take a look at the best goal saving tackles in the Premier League this season including last-ditch tackles from Virgil van Dijk,...

footballorgin
As a teenager Keown had been lauded as a neat and constructive player seen, in the long-term, as a partner for David O’Leary....