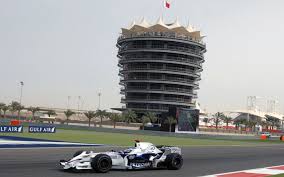 Steve Jones presents  coverage from Bahrain for the second race of the 2018 Formula 1 season. Last year, Valtteri Bottas was unable to maintain his first ever pole position and instead, Sebastien Vettel claimed victory. Bahrain 2017 also saw Lewis Hamilton apologise to his team after a pit lane blunder left him with a five second penalty, ultimately costing him the win. If this reversal of fortune sounds familiar, it’s because Lewis dominated all weekend in 2018’s opener in Melbourne, only to lose out to Vettel’s Ferarri for reasons that remain unclear. Meanwhile, the pressure increases for Kimi Raikkonen, who has come second five times in Bahrain, so would dearly love to take the chequered flag. With the Bahrain Grand Prix coming up, you can use the best betting apps to make your picks for the race.

DEBATE: Who are best placed to challenge Man City for title next season?

footballorgin
After the government confirmed that top level sport can return after June 1, the Premier League has voted for a June 17 restart. If...

footballorgin
The latest transfer news and rumours, with updates on Timo Werner, Pierre-Emerick Aubameyang, Jadon Sancho and much more!   &nb...

footballorgin
Timo Werner: Chelsea target in profile A look at the career of RB Leipzig’s Timo Werner as Chelsea lead the race for the Germa...

footballorgin
There was much to admire again last weekend, including a fantastic back-heel and a long-range thunderbolt into the top corner, and o...