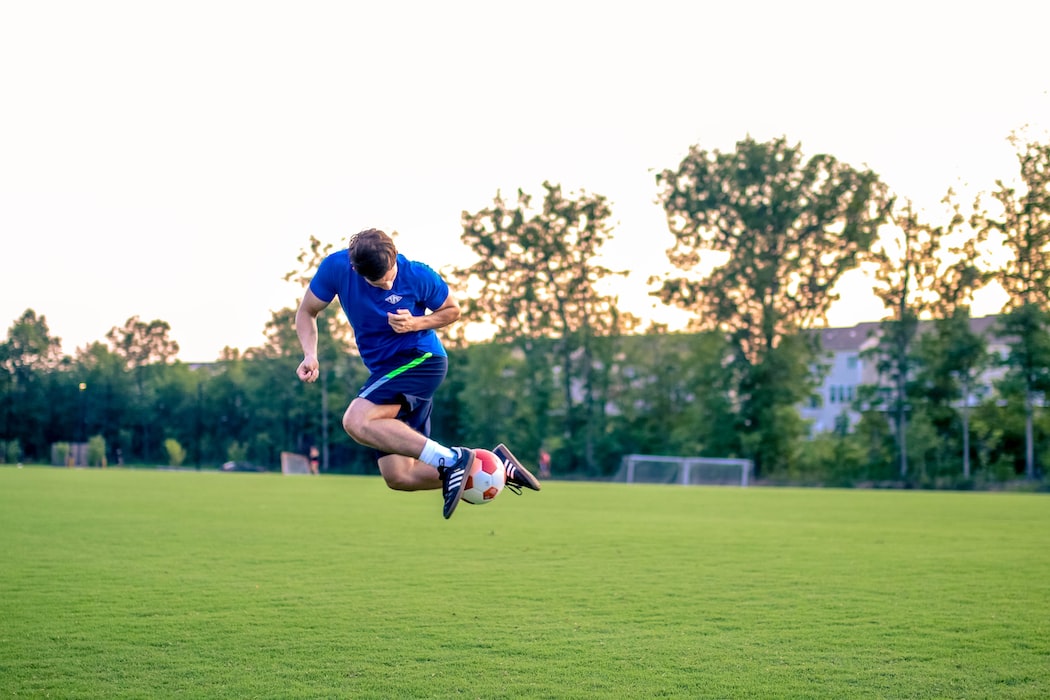 The last decade of football was owned by two players, Lionel Messi and Cristiano Ronaldo. With both of these once-in-a-lifetime talents edging closer to their mid-30s we’re surely seeing their final days on the pitch. That leaves a major power vacuum at the top of football’s elite for a new generation to step up and seize.

Making predictions in football is as risky as playing one of the many games reviewed by Online Casinos without learning the rules first. Some hotly-tipped names at the start of the 2010s have gone on to have glittering careers, but just as many have failed to realise their potential. There’s never been so much phenomenal young talent playing regularly in the game, but which players are going to own the next decade?

In his own words, Trent Alexander-Arnold’s dream has already come true. The 21-year old from Merseyside is well on his way to becoming a Liverpool legend, cementing himself as the most promising English talent and most interesting player in the Premier League as an essential part of Jurgen Klopp’s exceptional Liverpool team.

The right-back has shown an exceptional quality of passing and crossing, and a maturity beyond his years. He’s played a key role in many of Liverpool’s best performances in the last few seasons, including 2019’s 4-0 win over Barcelona at Anfield. Full-back has become one of the most important positions in the game, with Alexander-Arnold one of the players redefining it.

With Klopp agreeing to a contract extension, Alexander-Arnold has the perfect manager by his side to develop. If he can improve his defensive game Alexander-Arnold will soon have a number of accolades to add to his Champions League winner’s medal. There’s been a lot of talk of moving him to a midfield role, but wherever he ends up playing his influence is guaranteed to be felt.

In many ways, the French wonder-boy already owns the football world. With multiple French Ligue 1 titles and the small matter of a World Cup to his name, Kylian Mbappe became one of the most recognisable figures in the game before reaching his 20s.

The Parisian only turned 21 in December 2019 but has already shown he has all the tools to succeed the best players in the world. Explosive pace, silky skills, a goal and assist record to match, Mbappe has had it all since his early days with Monaco. He’s already scored over 100 league goals in his career, a feat many players twice his age can only dream of.

There’s little more to be said about Mbappe at this point. The France forward is a target for every major club in the world, from Real Madrid to Liverpool, yet he seems happy to remain in Paris for now. Although he’s already held in such high esteem, he may need to leave his native country to establish himself as the world’s best.

A couple of years ago Martin Odegaard could have ended up on a biggest flops of the decade list. This would have been unfair on the Norwegian talent, who signed for Real Madrid at the age of just 16 in 2015 amidst a wave of hype. Now it would just look stupid, as Odegaard looks set to become the player many predicted him to be.

It’s taken a couple of loan moves across Europe for Odegaard to show exactly what he can do, and at Real Sociedad in La Liga he has been one of the stand out performers in the league so far, scoring 4 goals and registering 5 assists before the winter break. His slow start after an initial explosion in hype may have been a good thing, giving the player time to mature and understand his game.

Odegaard is clearly enjoying his football and relishing the chance to prove he was worth getting excited about. Real Madrid have the option to extend the loan with Sociedad for another season, but don’t be surprised if Odegaard becomes a key part of Zidane’s re-worked Madrid team in the near future.

One of the many great Ajax talents to get hoovered up by a bigger club follow the Dutch sides incredible run to the Champions League final in 2019. Frenkie De Jong found himself in Barcelona and has fared better than many of his former teammates by acclimatising to life in Spain with ease.

The mercurial midfield talent has further developed his phenomenal passing range at the Catalan giants. Although just 22, De Jong hasn’t been overwhelmed by his surroundings, impressing Nou Camp fans by covering a huge amount of ground per game and putting himself forward as the natural successor to the Sergio Busquets pivot role.

Already an ever-present in the Barcelona squad and a key part of a revitalised Dutch national team, De Jong has the potential to become the midfield talent of his generation. Barcelona will soon face the challenge of dealing with a Messi-sized hole in their squad, and De Jong could go a long way to filling it.

The teenager everyone wanted, but Dortmund got. Norwegian Erling Braut Haaland has been one of the stand-out players of the 2019-20 season, making everyone take notice with eight group-stage goals in his first Champions League campaign with RB Salzberg. After a €20 million move to Germany, he looks set to take on the rest of the world.

The son of former Nottingham Forest and Manchester City player Alf-Inge Haaland has impressed everyone with not just his goalscoring record this season, but the technical intricacies of his play. At 6 ft 4 he is a physical brute of a player who can tear through defences, but he possesses the control and finishing to match and an acute awareness of the game happening around him. The perfect mixture of ambitious, athletic and physical.

There’s been a lot of hype placed on his young shoulders after a phenomenal early start, and Haaland will have to hit the ground running with goals at Dortmund to sustain it. But there’s no doubting that this young striker is determined to keep his name in the headlines.

Of course, the next top player of the decade could be someone one of us have heard of, sitting in an academy honing his skills. We feel pretty confident in the staying power of our picks, so watch out for big things to come from them.

Which Premier League side is most likely to sign Jadon Sancho? | Transfer Talk

The 5 Biggest Stadiums in World Soccer

Is Messi Leaving Barcelona this Summer?

footballorgin
Ahead of Tuesday’s Champions League meeting at Stamford Bridge, take a look back at a classic match between Chelsea and Bayern...

footballorgin
ESPN FC’s Craig Burley and Ross Dyer don their soothsayer’s caps for four of the week’s UEFA Champions League round of 16 matches, i...

footballorgin
Chelsea training pre Bayern Munich Chelsea have trained ahead of the first leg of their UEFA Champions League last 16 clash against...

footballorgin
A look at the stats ahead of the Premier League match between Liverpool and West Ham.